From Windows to Linux: Prejudices and hurdles 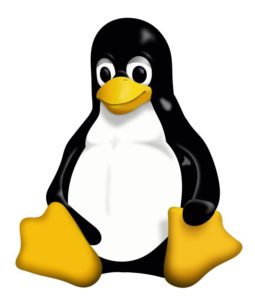 This is Tux. Tux is the mascot of Linux.

All the time I hear people saying “I don’t switch to Linux, it’s too complicated for me” or “Nah, Linux is only something for hackers!”. I will show some aspects where Windows ans Linux differ the most. When you switch from Windows to Linux, these are the things you’ll probably notice.

This post is made for non-techies and not for people who already use Linux.

Linux is basically just the inner core (so called “kernel“) of an operating system and should be called “GNU/Linux” (on Windows it’s “NT”), but that’s a different story.

A distribution puts the kernel, applications and a user interface together and distributes it as a fully functional operating system, which can be installed on a computer. 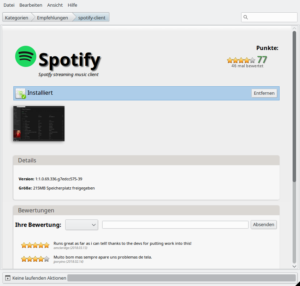 Many applications you know are available for linux

One point of criticism voiced is: “But there’s no Office/Outlook/Skype/this/that/… for Linux!” This if sometimes true: Microsoft Office is not available for Linux. But it’s not true that you can’t open a docx-document on Linux. LibreOffice is your friend here 😉

The general rule is that there’s most of the time (if not always) an alternative for Linux. Of course, special software might not be available for Linux. Also Microsoft doesn’t offer much support for Linux.

Here’s the thing: You actually can use Windows applications in Linux. There’s a tool called “wine” which enables you to run for example Photoshop and also older games. I can play Skyrim for example without problems.

As I mentioned above, you can run Windows applications on Linux (and therefore games for Windows as well) using wine. There’re losses in performance but at least it works.

The installation of a Linux-distribution is pretty simple:

It might be helpful to have a second computer (or smartphone) to look up things in the internet or to have a tutorial open. With the help of the YouTube and search engines it’s absolutely doable.

For a detailed tutorial, search for the installation process of the distribution you’ve chosen, that shows how exactly to complete specific steps.

If your computer has totally new or hpelessly outdated hardware installed, everything should work out of the box. Your heard me right: Normally you don’t have to install any drivers. If you want to get the last peace of performance out of your graphics card or do you have a special sound card installed, a special driver might be helpful. Just look at the page of the manufacturer and wait until I described how to install software 😉

Normal applications (like a browser or mail-client) are also pre-installed. Most distributions are using Firefox, Thunderbird and LibreOffice. Also image- and document-viewer are already there.

If you miss something, just install ist (see below for more information in installing software).

Why?
Linux is not widely used and has less area for attacks. You can only install software as an administrator (see below) and a normal user has too few rights for a virus to cause major damage. Of course, a virus could encrypt files, but a backup saves you from most of the possible attacks.

Yes, security holes are everywhere, but with a bit of common sense, nothing really bad should happen.

This is fundamentally different to Windows and an enormous advantage of Linux, regarding security aspects and user experience.

If you want to install an application, first look into the available packages of your package manager. Every distribution has nice applications similar to the app- or play-store. The distribution Linux Mint calls it “Software manager”, which lets you search for applications and installs/updates them for you.

To install updates, use the package manager. If you don’t get any notifications (e.g. a popup-window near the taskbar), just have a look every couple of days if there’re available updates. Installing them is quite easy: Click on the button in the software manager application and wait until everything is installed. When updating normal applications no restart of your computer is needed.

For installing and updating applications, you’ll need the system administrator’s rights (see below under “Rights of users”).

Look and feel of the user interface

This depends very much on the distribution you use and you’ll notice the difference to Windows: There’s not the one user interface everybody has to use. Many people have many needs and wishes and therefore many different user interfaces exist.

The most common interfaces are Gnome, KDE, Mint or Cinnamon. They have a quite similar structure: Normal windows, start menu, taskbar, desktop icons, etc. The switch to Linux might not be that hard.

Same applies for normal applications: You always have the opportunity to try out alternatives and see whether you like it or not.

Where are “My Documents”, Applications and my USB-stick?

Windows assigns a letter for every storage medium. Everybody knows C:\ and maybe you have a backup-partition D:\ or an external harddrive E:\. Linux does not know any of that, instead you have a root-folder in which everything is stored. Important note: Linux uses a forward slash “/” whereas windows uses a backslash “\”.

The folder “My Documents” is called home-folder in Linux and has the path /home/username/. This folder has typically sub-folders like /Pictures/ or /Documents/. You have all rights in your home folder, which means that you normally can do everything you like in this folder: write, read, create, delete, … You don’t have access to other users home-folder.

Applications however have different storage locations and depends on what kind of application it is and what distribution you use. You actually don’t need to know where an application is stored and you should definitely not change anything in those folders. Anyway, applications could be stored in a folder like/usr/share/, /usr/lib/, /usr/local/ or /opt/.

When you plug in an USB-stick (or any other storage device) you normally have to “mount” this device. This is a process in which you tell your operating system to use a specific device with specific characteristics. Most distributions are mounting storage devices automatically. In your file explorer you’ll see the storage medium which is available under a certain folder like /media/MY-STICK/.

The rights management is a pretty technical topic but here’re just a few hints:

The following rights on a file or folder can be applied to the owner, a group or everybody:

A normal user doesn’t have many rights outside his/her home-folder. Maybe executing or reading is allowed to some files/folders.

When a user is registered in a special file called the sudoers-file, he/she has super-user rights. That may sound pretty elitist and so it is. Such user has the rights of the super-user or also called root (which is basically the system administrator). After entering the password, the root user is allowed to nearly do everything. Someone having this right should note that great responsibility comes with such a great power! Executing an application with such rights is called executing it “as root” (by this is meant that the applications has the same rights like the root-user).

But what can a user with root-rights do more than a normal user? For example: Changing nearly all files, manage devices, install/remove/update software, configure the whole system, create/manage/delete users, assign rights to users, and much more.

Beware 2: When installing applications as root user, don’t install any applications downloaded from a dubious website. Always use the package manager and reputable package sources. Again: When the installer of an applications contains a virus and you execute it with root rights, the whole system is in danger.